Former Cuban leader Fidel Castro was a man who was known to enjoy his Cuban cigars – so much so, there was a period where he was hardly ever spotted without one.

Of course, this is hardly surprising when you are the leader of the country which produces some of the finest cigars in the world. But at a time when tensions between Cuba and the United States were at an all-time high, they nearly used his favourite pastime against Castro, attempting to assassinate him using an exploding cigar. But, why?

In post-World War II America, the government became secretly engaged in the practice of political assassinations on foreign leaders who were seen as a threat to the United States, which included a certain Fidel Castro.

According to the former CIA Director Richard Helms, Kennedy Administration officials were putting a lot of pressure on the CIA to ‘get rid’ of Castro, which led to an extremely high number of attempts on his life, in order to gain the favour of President John F. Kennedy, who had recently taken over the White House office from Dwight Eisenhower.

Prior to the infamous Bay of Pigs invasion attempt of Cuba by the United States, they even tried to involve members of the Mafia, including Al Capone’s successor Salvatore Giancana, according to declassified documents from 2007.

During the final year of President Eisenhower’s administration, a covert operation known as the Cuban Project, or Operation Mongoose, was commissioned. The project aimed to overthrow Castro, so the U.S. Government could see “a new government with which the United States can live in peace”.

But how were they going to remove the man from his position? Many ideas were bandied around, and many of them sound like they’re straight out of a failed spy novel! 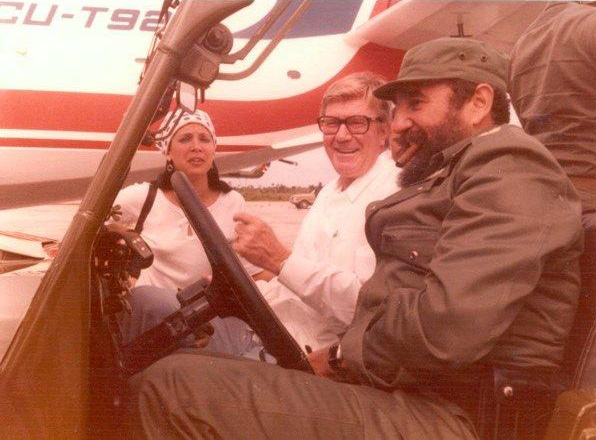 Initial plans sought to ruin his public image. Castro was a very strong public speaker, so the CIA looked at sabotaging his speeches. One such idea was to spike him with a chemical similar to LSD so that he would become disorientated and confused during his public appearances, using his famous cigars. Another plot to undermine his appearance even further was to line his shoes with thallium salts – historically used in rat poison – which they hoped would cause his head and beard hairs to fall out!

Alongside discrediting his appearance, they looked into ways that they could remove him on a more permanent basis, which included studying the man and his hobbies. Castro was a keen scuba diver, so methods of sabotaging his diving were looked into. Ideas included infecting his oxygen gear with tuberculous, infecting his wetsuit with poisonous spores and even placing exploding shells around his diving site.

Then came the infamous ‘exploding cigar’ plot. Cigars that would explode upon lighting had been a staple of joke shops for many years, with Ulysses S. Grant and Ernest Hemingway as two of the more famous examples of people who attempted to use them to comic value. The aim of the cigar was always to cause more of a scare than actual injury, but the CIA sought to take things one step further.

As previously mentioned, Castro was a well-known lover of cigars, so the CIA allegedly plotted to slip a very real and very lethal exploding cigar into his possession. A 1967 Saturday Evening Post article stated that a CIA agent approached New York City police chief inspector Michael J. Murphy with the plan to get Castro to smoke an exploding cigar.

Was This a Genuine Plot?

It sounds comical in its premise, but also one that could have been very effective had it happened. As with everything where the secret services are involved, there are conflicting reports of the authenticity of the plot. Numerous sources state that the plot was genuine, while at least one claims it is an urban myth and another put it down to tabloid nonsense made up to sell papers. A 1963 edition of Mad Magazine even referred to the plot on their front cover, which depicted Castro smoking an exploding cigar and an image of John F Kennedy plugging his ears in anticipation of the bang, as can be seen below: 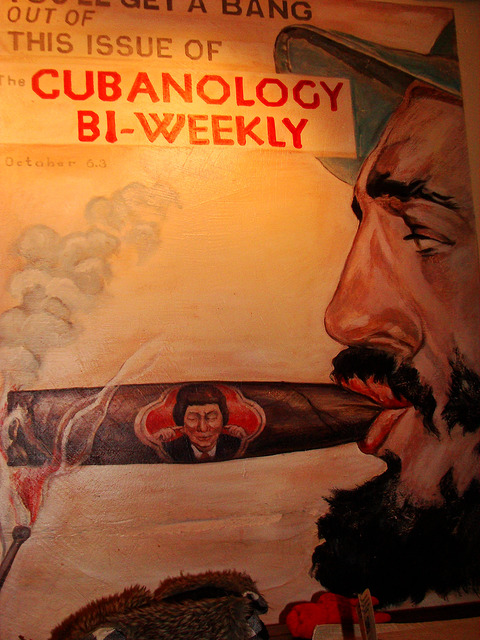 Another claim even goes as far as to say that the CIA made the plot up and leaked it intentionally as a comical idea in an attempt to deflect the attention away from more serious lines of inquiry. There were other reports of plots to lace Castro’s cigars with poison which seemed to be more genuine, but it is the exploding stogie that appears to capture the imagination more than any other.

Fortunately, our range of Cuban cigars will have no such nasty surprises! Why not check out of selection full section on our website, including Romeo y Julieta and Cohiba cigars?