Cigar Aficionado Magazine is a big name in the cigar world and many cigar fans have been waiting in anticipation for the release of this year’s top 25 cigars, including the cigar they deem to be worthy of being the ‘Cigar of the Year’! Luckily, the day has come, and in 2018 the accolade has been awarded to the luxurious E.P. Carrillo Encore Majestic!

Cigar of the Year 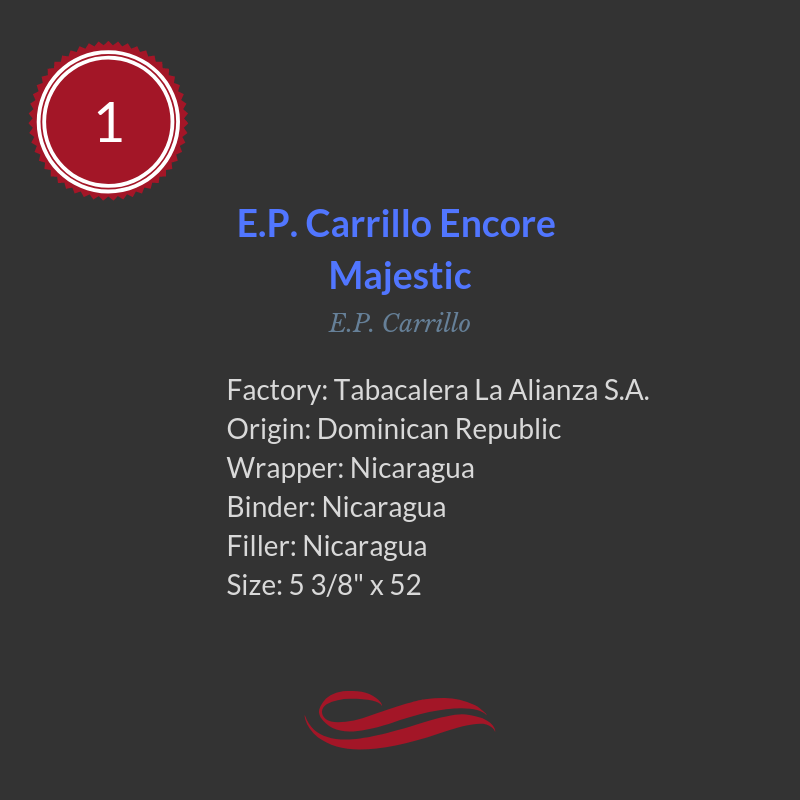 The Encore Majestic is the first cigar in the E.P. Carrillo range that is made solely from Nicaraguan leaves and this decision has certainly paid of with the cigar being deemed the best the cigar world has to offer this year! This cigar first appeared on the scene in 2016 at the IPCPR trade show, but wasn’t released for public sampling until March 2018, as it was decided that the wrapper needed another couple of years to age to perfection.

The filler that makes up the flavourful portion of this impressive cigar is composed of three varieties of tobacco, gathered from the three main growing regions in Nicaragua: Condega, Estelí and Jalapa. Bundled together into a Robusto cigar, the chosen tobacco gives off complex notes of candied fruit, tea and sweet caramel flavourings.

You can find other cigars from the E.P. Carrillo brand here.

Of course, plenty more cigars were tried and tested this year, so here are a few exceptional smokes that were just shy of gaining that top spot! 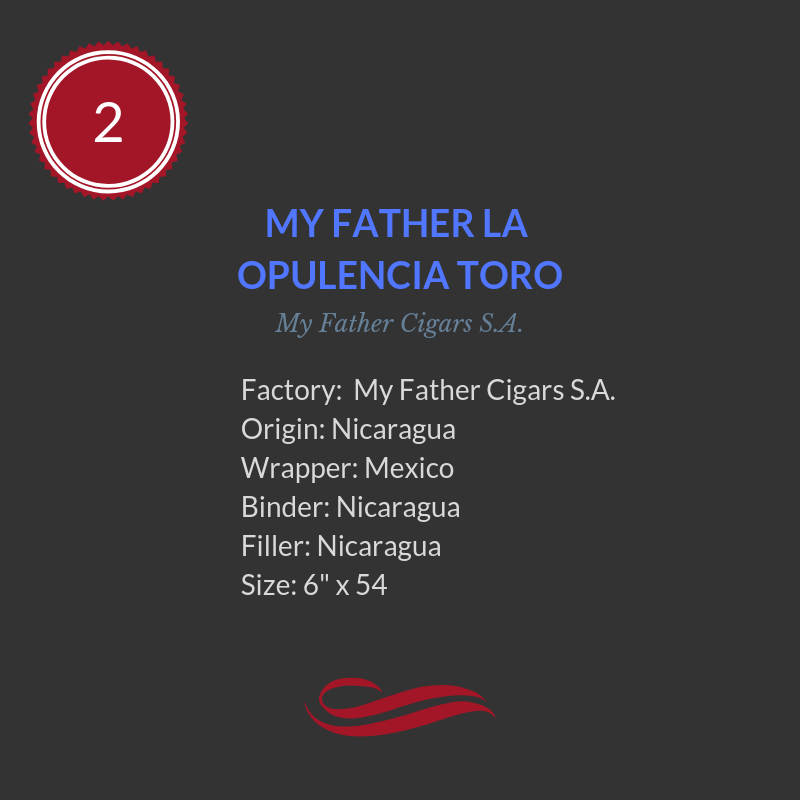 Last year’s winning brand has made it to second place this year with a cigar made from rich Nicaraguan and dark Mexican tobacco. Full of flavour, these complex cigars offer tones of anise and chocolate. 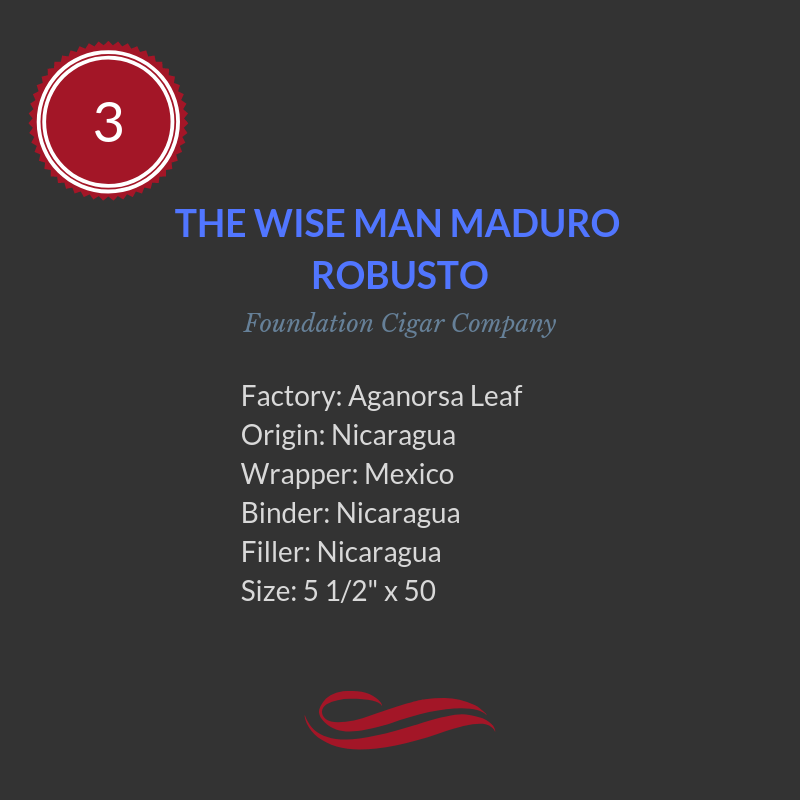 A relative newcomer to the cigar world, Foundation Cigar Company has certainly made their mark by getting their signature cigar The Wise Man Maduro into the top 5. It’s easy to see why when you taste the earthy, cocoa and vanilla notes though! 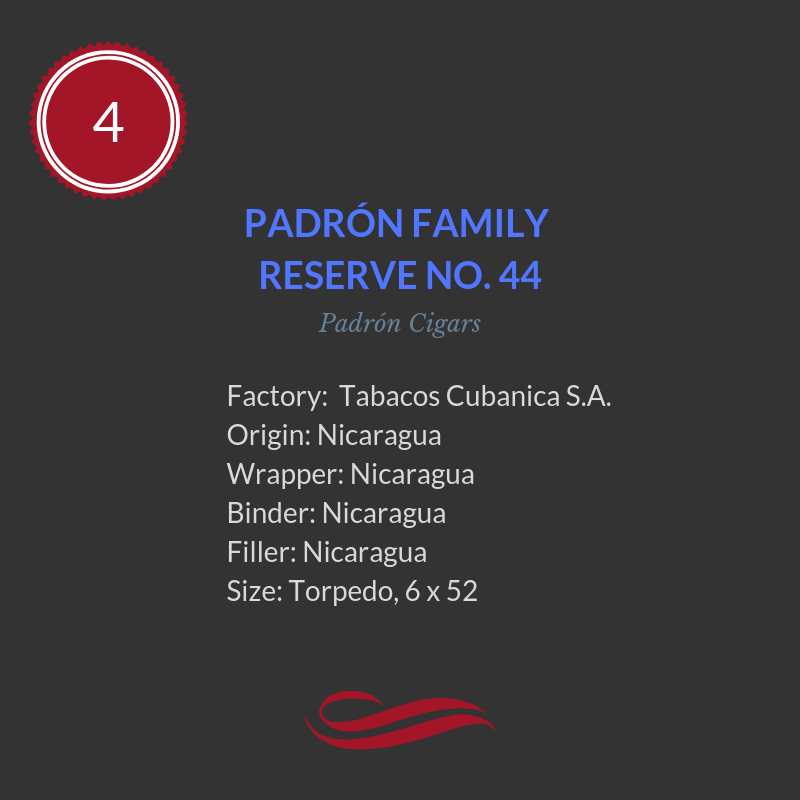 Often gracing the top 5 list, Padrón Cigars have done it again this year with a torpedo-shaped Family Reserve cigar, which presents tones of coffee, nuts and chocolate. 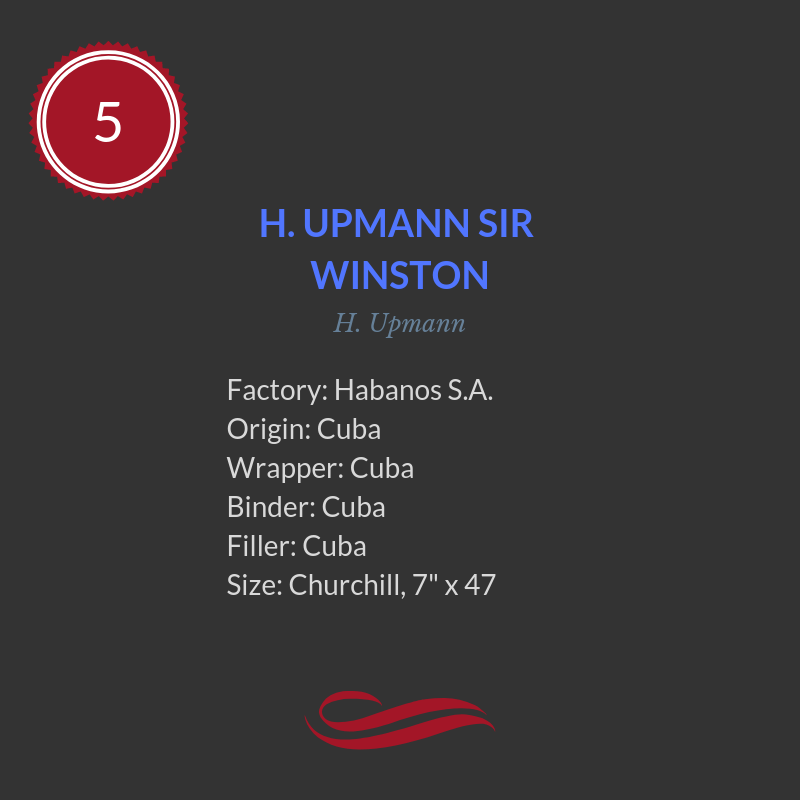 What do you think about this year’s winner? Have you already tried it or is it on your ‘to smoke’ list for next year? Let us know your thoughts by leaving a comment below or getting in touch via our social media channels.