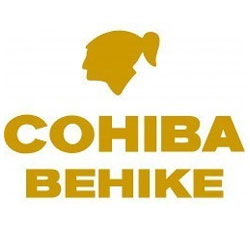 Is the Cohiba Behike really worth it?

In 2010, Cohiba unveiled one of the most exclusive Cuban cigars ever. At the time of release, everyone was trying this cigar. Some reviews suggested that the cigar was merely an overpriced gimmick whilst many others stated that it was the best cigar of all time. So what’s the deal with the Cohiba Behike and are they really worth it?

A Brief History of Cohiba Cigars

Despite the brand’s relative youth, Cohiba cigars are thought of as the top Cuban line. The factory has access to the most skilled rollers and Cuba’s premier Vuelta tobacco region. (The best tobacco region in the world). For years Cohiba cigars were not available in common shops. The brand was reserved for diplomatic gifts and top Cuban officials.

Amongst Cuban’s there is a well known anecdote about the beginnings of the Cohiba brand that explains the cigars exclusivity and luxury. As the story goes, Fidel Castro was given a cigar to smoke from the small, private stock of a commoner. This was to thank him for the socialist revolution. Castro took a single puff on the cigar before his eye widened, stunned. Immediately, he called for his minister for industries, the Argentinian revolutionary, Che Guevara. A factory was soon after allocated to the production of Cohiba cigars. The rest is history.

If you want to read more about the Cohiba brand read our full Cigar History blog here.

What is different about the Cohiba Behike?

There are many attributes that make the Behike special. The first, is really rather spectacular. Cuban cigars are often thought of as the elite due to their ability to mature, develop and adulterate with age. Unfortunately, most Cubans are not aged to their full potential as it is too tempting to smoke them right away! The Behike, for all intents and purposes, needs no ageing. This is because the cigar is essentially constructed with aged tobacco, which begins to explain the price tag.

The second difference is that the Behike is created from four different tobacco leaves, all Cuban. Most cigars are constructed from one or two tobacco leaves. Above all, the third and fourth leaves add exclusivity to the blend, let alone complexity. Tobacco plants generally only produce two types of leaf, those at the top and those below. It is incredibly rare to find or devise a strain of tobacco that is not only Cuban, but also capricious enough to produce four types of leaf. This expands the expensiveness of these cigars even further.

Despite the cost, these cigars still sell out near enough when ever they come into stock, where ever they are sold. The line has a huge following. This is mainly due to the lack of rivals. As far as I can list, there are no cigars out there that utilise four unique, separately aged Cuban tobacco leaves in a single blend apart from the Behike.

In Cuba, the tobacco harvest is a critical time of year. The country’s economy is still an agricultural one, even if most fields are ploughed for the cash crop tobacco. This means that the financial state of the Cuban cigar industry is somewhat at the mercy of the elements.

The most recent harvest from the Vuelta de Abajo region has been considerably poorer than prior years due to harsh storms followed by periods of extreme heat. This has lead to far less tobacco that is fit for use than usual. The drop in supply means that there will be a smaller amount of Cohiba cigars produced this year, even though demand for the product remains steady. Doubtlessly, this will lead to higher prices for suppliers, retailers and consumers.

Buy your Behikes now before the price soars is our advice! Check them out by clicking here. As always, the team here at Havana House thank you for reading our blog. If you have anything to add, please leave your opinions in the comments section below. Both we and your fellow aficionados love to read your comments!