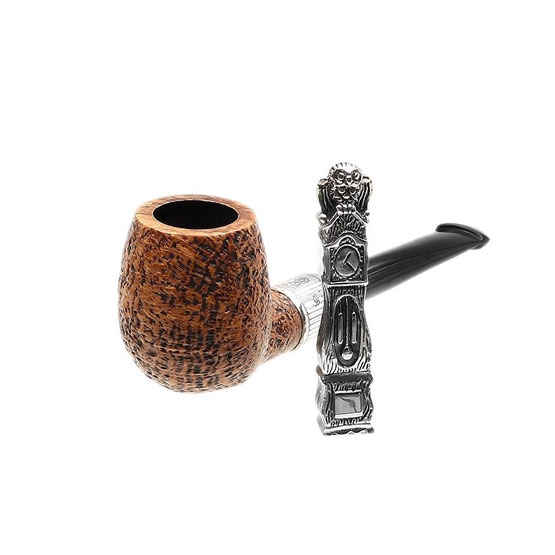 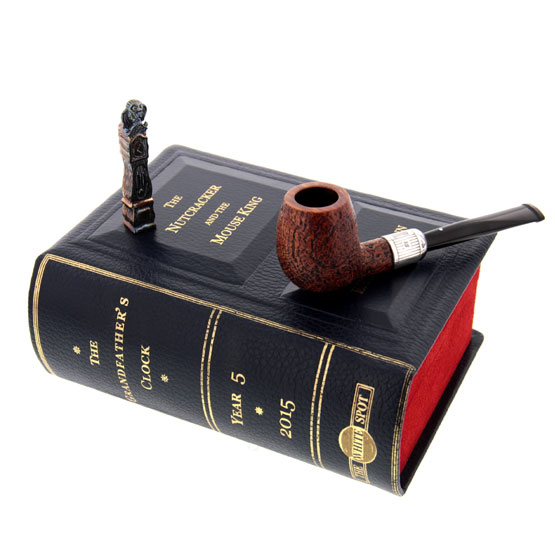 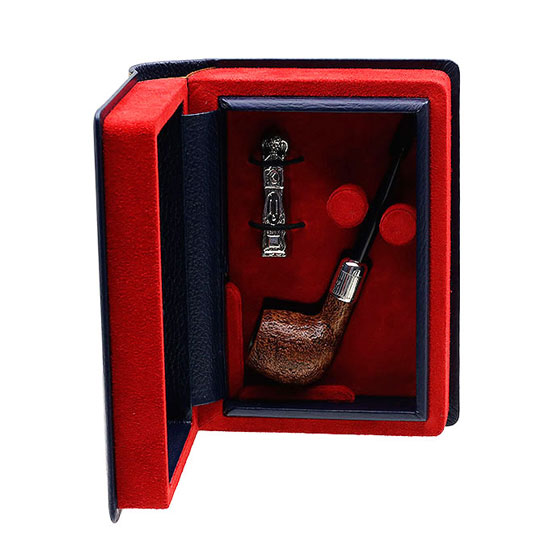 This edition series is strictly limited to only 300 pipes annually worldwide.

This being the 5th pipe in the series, it depicts the Grandfather’s Clock, which plays a central role in the story.

The pipe is an elegant group 4 Apple (4101) in County finish with smooth flat rim. It features a wide Sterling Silver army (military) mount intricately engraved with line work and the image of the Grandfather’s Clock and 2015.

The impressive pipe tamper is 64mm long and crafted from solid Sterling Silver. It depicts in great detail the Grandfather’s Clock, with an owl sitting on its top.

The highly collectable White Spot Christmas pipes and tampers are presented in a leather-bound book held in attractive blue & red colours with gold embossing to represent the uniform of the Nutcracker. Each set is accompanied by its numbered limited edition certificate.

This edition series is strictly limited to only 300 pipes annually worldwide. 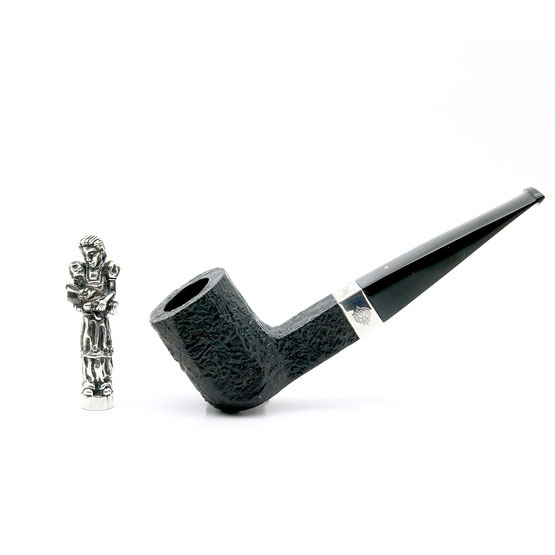 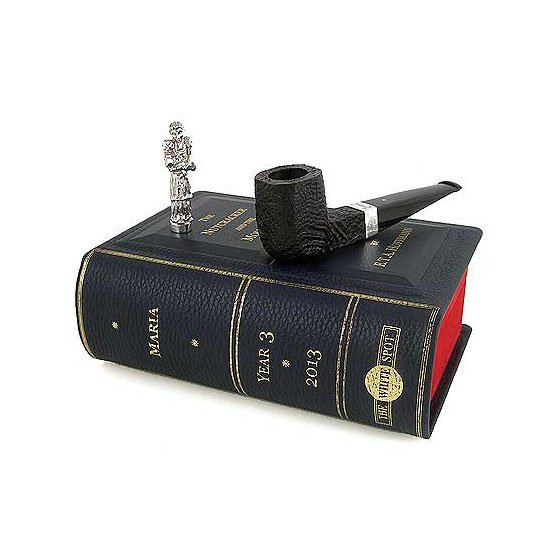 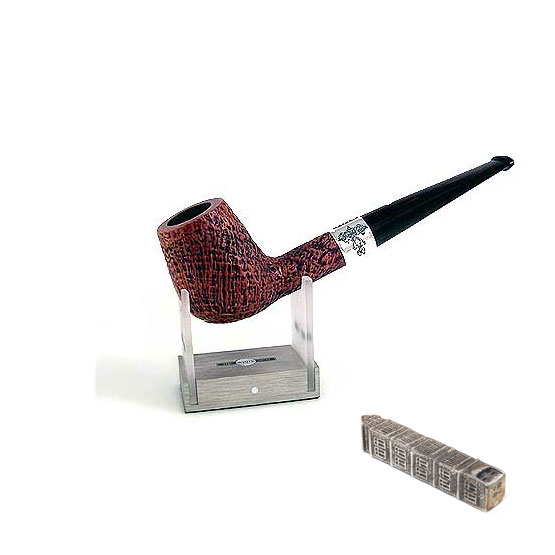 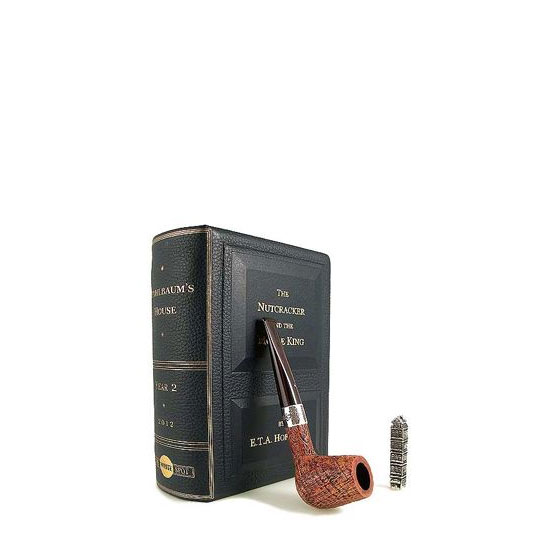 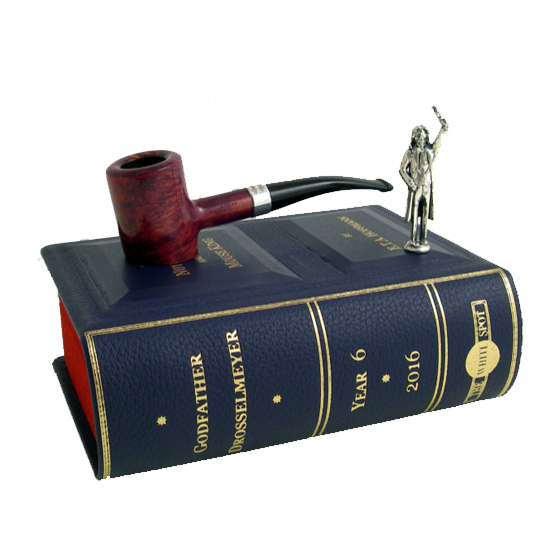 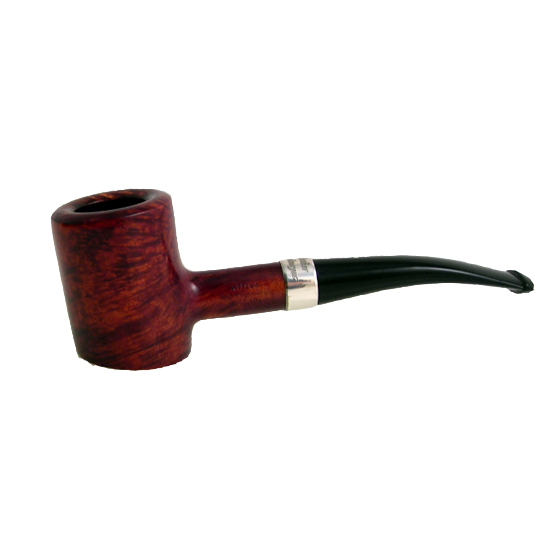