We learn many things with age, the finer things in life are normally enhanced by their years and the Old and Wise Cigar Selection is no different. Featuring Cuban cigars aged for many years with extra time and attention paid to them this selection pack is a must try.

We learn many things with age, the finer things in life are normally enhanced by their years and the Old and Wise Cigar Selection is no different. Featuring Cuban cigars aged for many years with extra time and attention paid to them this selection pack is a must try.

The Romeo y Julieta Piramide Anejados is the first release from the exiting new Anejados series. Several years ago, Cuban brands began creating cigars in brand new, unique sizes preparing for the American market to open once again after the Cuban revolution. Alas, Cuban cigars are still not available for sale in the US, leaving Cuba with a backlog of rare cigars. The Habanos bureau decided to age the cigars for 5-8 years in optimal conditions before releasing them as ‘Anejados’ editions across the globe.

The Partagas Corona Gorda Anejados is the fourth release from the Anejados line. A program that aims to provide aficionados around the world with cigars that have already been aged for a minimum of 5 years. This means that you no longer have to buy cigars and store them in your own humidor for several years before smoking in order to get that perfectly blended combination of flavour and strength. The benefit behind anejados cigars is that the time given for them to mature allows the tobaccos to blend together forming a complex profile.

Partagás, one of Cuba’s most famous cigar houses, has released a new cigar, the Maduro No.1. This latest addition to their range arrives after the 2011 releases of the Serie E No.2 and the Serie D No.5 as well as the 2014 introduction of the Serie D No.6.

However, it is the wrapper of this cigar that distinguishes it from all other standard Partagás and marks it out as something sure to whet the appetite of cigar enthusiasts around the world – They are all dressed with Maduro wrappers.

Maduro describes a very dark shade of wrapper leaf. The leaves are harvested from the top of shade grown tobacco plants and after air curing, natural fermentation and ageing, assume their rich, dark, oily appearance which adds a “top-taste” to the blend which many describe as sweet. It is also a completely new size for Habanos, measuring 5 ⅛” (129mm) x 52 ring gauge.

The Hoyo De Monterrey Hermosos No.4 Anejados Cigar is the third release from the new Anejados concept from Habanos s.a: (Montecristo Churchill and Romeo & Julieta Piramides were the first in 2015).

Your selection pack also contains a Havana House cutter and a Boveda Xikar humidification pouch to keep your cigars at the perfect humidity. 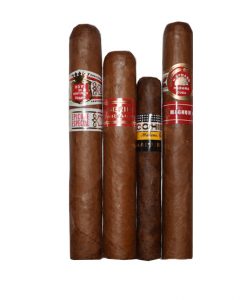 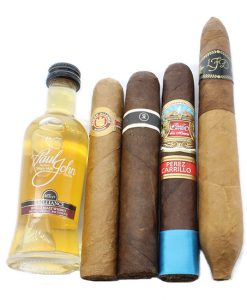 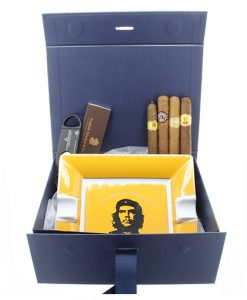 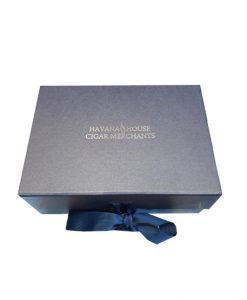 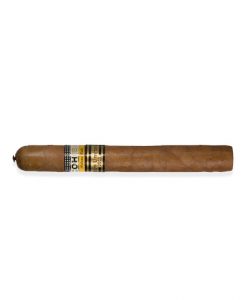 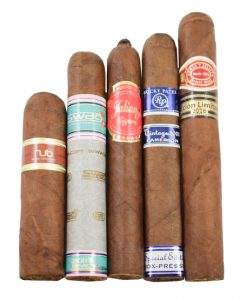 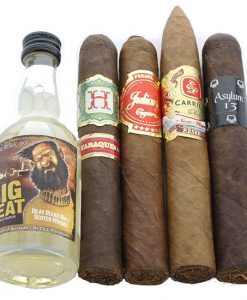 One Off Cigar Selection with The Big Peat Whisky Miniature 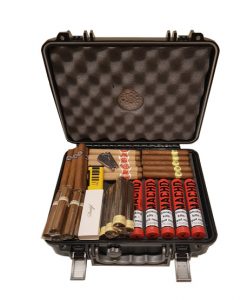 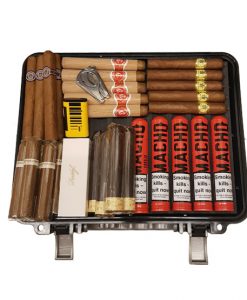 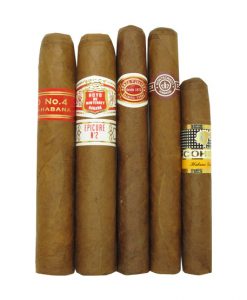