Like any new hobby, knowing where to begin when it comes to cigar smoking can sometimes be a little daunting. If you have decided you would like to join the wonderful world of cigar smoking, then one of the biggest hurdles can be deciding which cigar is the right one to make your first time enjoyable! As this is such an important, yet difficult decision, we have put together our guide to the top ten cigars perfectly suited to new smokers.

As a newcomer, you probably won’t be fully aware as to what makes a great starter cigar. It can be difficult to know what to look for when selecting what to begin with, and with so many brands, wrappers, colours, smells and sizes, trying to make a decision unaided can prove a little overwhelming. However, it is all of these factors that makes a cigar so special and luxurious, and over time, you will learn, not only to differentiate between them but also which ones are your favourites!

They say don’t judge a book by its cover, and the same goes for cigars and their wrappers and packaging. Choosing a cigar based solely on how fancy their branding looks may well lead to a very bad first-time smoke, which could even discourage you from trying again! Rather than going in blind, it is good to have a little bit of basic knowledge about cigars beforehand. To help you get started on your stogie journey, we have put together what we consider to be the top ten cigars for smokers new to the cigar world!

Made solely from tobacco, cigars tend to be significantly stronger than what you may be used to from cigarettes or pipes. Rather than jumping straight into the deep end, it is important to start off with a light and mild, yet flavourful stogie, which are perfect for beginners, such as the ones below.

Montecristo is a premium cigar brand with some truly exceptional cigars on offer in its collection. The No.2 is often considered to be the world’s best cigar, and the No. 4 is a best seller around the world, so the Montecristo No. 3 is certainly in good company. While Montecristo is generally more tailored to the experienced cigar fan, the Montecristo #3 is one of the milder stogies in their range. These cigars guarantee a good draw and burns evenly, making it an uncomplicated smoke, with great coffee flavours.

The depth of flavours and strength of the Juliany Petit Corona is perfect for beginners, but you’re sure to return to this stogie time and time again when you’re a more accomplished smoker. The short smoke time means that you won’t have to dedicate hours to smoking when you just want to give it a try. It’s also great value for money, so you won’t feel too disappointed if you decide this taste isn’t your favourite.

An exclusive for Havana House, the RoMa Craft Intemperance Virtue is packed full of the finest aged tobaccos from around the world, creating incredibly rich and creamy flavours, with a mild-medium strength. As a Short Robusto, this quality smoke isn’t too big for beginners.

This small corona has an excellent draw, with a milder flavour and aroma, making this a perfect starter cigar. Another Havana House exclusive, Le Flor de Cano is competitively priced for a Cuban.

The Majestic by H. Upmann is an extremely popular smoke among beginners, with the Corojo wrapper and fillers making for a complex, yet mild tasting profile. Heavy roasted tobacco flavours intertwine with fruity and vegetal aromas give a certain Mediterranean feeling to the smoke, which is best enjoyed outside on a sunny afternoon.

The Hoyo De Monterrey Petit Robusto is a light cigar that from the moment it is lit boasts mild and earthy flavours that evolve progressively without being aggressive, resulting in an exceptional smoke for cigar newbies. The finish is outstanding and is an excellent addition to the Hoyo De Monterrey range, becoming a firm favourite among beginner cigar smokers and aficionados alike.

The Cohiba Siglo I Cigar was introduced in 1992 to celebrate the 500th anniversary of Colombus’ discovery of the New World!

The Cohiba Siglo I cigar itself is a tiny Corona and is very similar in taste to the other coronas in the Siglo line. The Siglo I’s flavour profile consists of a creamy sweetness, to begin with, followed by coffee bean and mocha flavours with a medium tobacco taste.

The Partagas Petit Corona Especiales packs a mighty punch and a delicious flavour profile that is a great cigar to light up in the early evening with a good cup of coffee.

Partagas are loved the world over, as not only does the brand produce an exquisite range of well-blended and complex cigars, but the founder, Jaime Partagas, is responsible for developing the maturation method of tobacco that has been adopted by most Cuban cigar brands today!

The Swag Connecticut VIP is a fantastic creation from Rafael Nodal and the team at Boutique Blends, creating a cigar with everything you’d desire in a mild to medium-bodied stick.

A shade-grown Ecuadorian Connecticut wrapper with rich, vintage Dominican long-fillers plumping up its core result in a smoke to be savoured. With a tasting profile of cedar, cream, and toast that alternate in intensity throughout make this a cigar that every beginner cigar smoker should have in their collection. 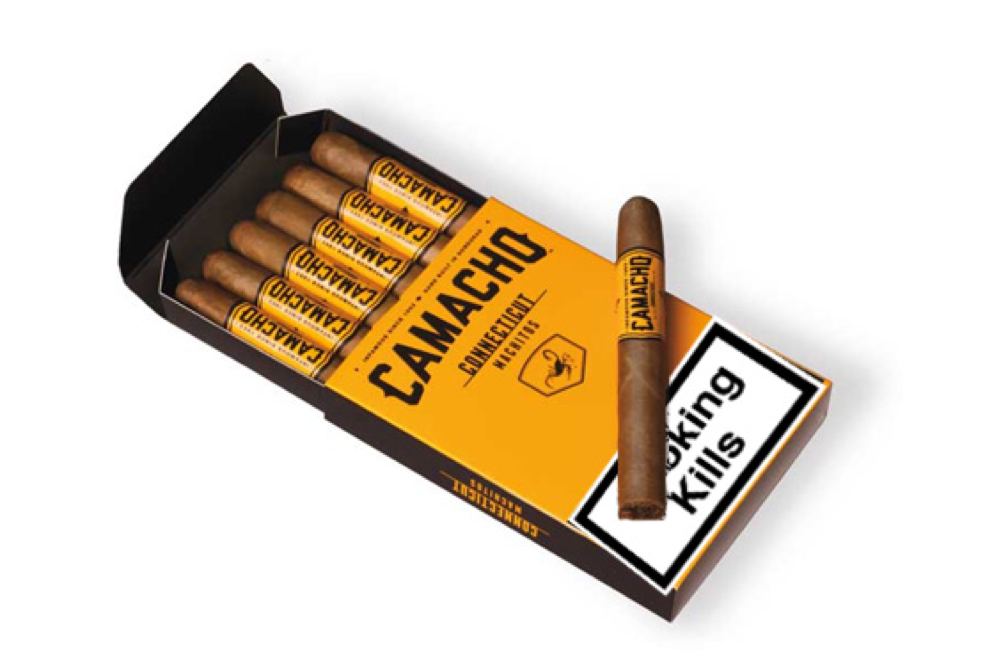 This beautiful little cigar is the perfect smoke for when time is of the essence, featuring a Connecticut wrapper and a blend of Dominican and Honduran long-fillers that give way to flavours of spice, cedar and vanilla.

These tasty little cigars have the exact blends as their larger counterparts and are available in Connecticut, Corojo, and Criollo. Pick up a pack and take them on your next weekend away – we personally take them on our camping trips, and as the weather warms up there’s no excuse for you not to do the same!

All of these smokes for beginners are available for you to buy cigars online here at Havana House!

One thought on “Top 10 Cigars For New Cigar Smokers”