Over the past few years, many cigar smokers have turned to bigger cigars, opting for fatter cigar shapes as opposed to slender ones. In the past, cigars have been best enjoyed thinner, with the 1930s seeing the rise of the panatela cigar, which is fairly long at around 6 inches, but thinner than many cigars with a ring gauge of around 34 to 38. In comparison, some of the most popular gauge sizes at the moment are closer to 56 to 60! We take a look at this growing popularity for fatter cigars, and whether bigger is actually better when it comes to smoking!

Heftier cigars first starting being produced relatively recently, around 1995, when J.C Newman launched the ‘Diamond Crown’ series, which contained 54-ring-gauge cigars. Nowadays, almost every brand will produce at least one extra-large cigar. Some are even trying to push the limits on cigar sizes, with the Casa Blanca Jeroboam coming in at a whopping 66-ring-gauge! 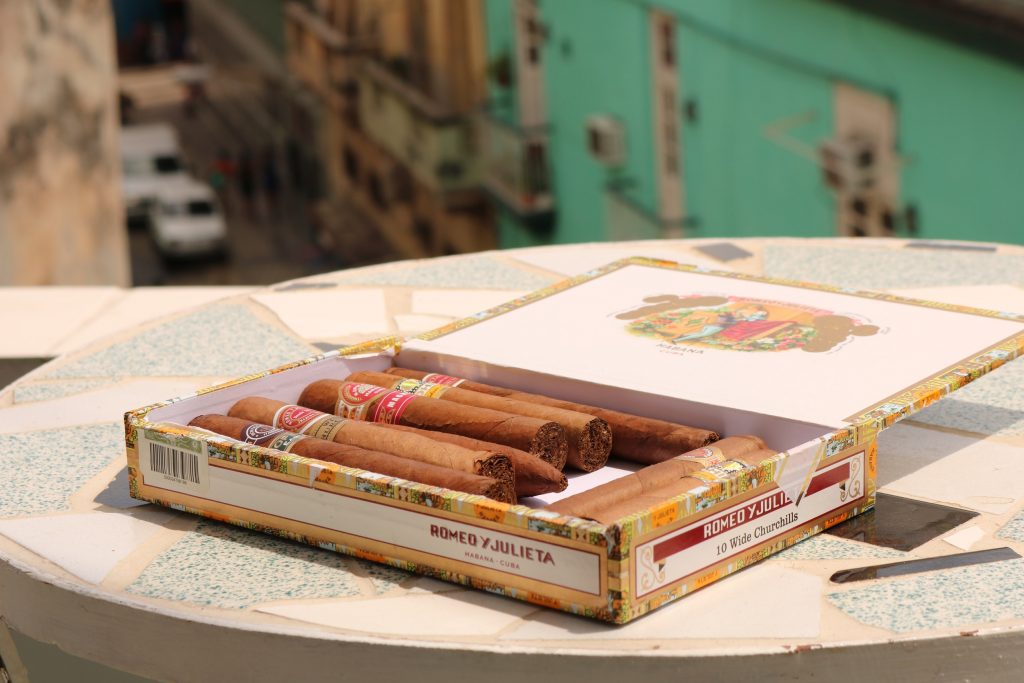 Why Are People Choosing Fatter Cigars?

With more space to fill, a bigger cigar has the potential to pack in a great deal more filler tobacco than a thin one. In a smaller cigar, much of the flavour comes from the binder and wrapper leaves, as they make up a greater proportion of the cigar. A bigger cigar, on the other hand, can have a greater filler ratio, allowing for a more flavourful smoke. With more space to play around with, cigar rollers can also even layer up different types of tobacco leaves within the filler, allowing for a greater diversity of complex flavours to be produced.

People may also believe that in choosing a thicker cigar, they are getting more tobacco for their money! Smokers of bigger cigars also state that they prefer the feel of a fatter cigar to a smaller one when they smoke it, however, many agree that they would not smoke them exclusively, allowing room for average stogies too!

What Are The Downsides to Bigger Cigars?

Issues can arise with bigger cigars when it comes to your cigar accessories. A cigar with a larger than usual ring gauge may struggle to fit into your cigar cutter, for example, making removing the cap a little challenging. Trying to squish it into a standard cutter, or resorting to other methods, such as cutting it with scissors or a knife, will only go to destroy its shape and may cause the wrapper to rip or unravel. The same is true for cigar cases, making transporting them a little trickier and it can even make storage in humidors awkward, as the non-standard size can be too big for drawers or make organisation a little more challenging. Similarly, they may be a little too thick to comfortably rest in an ashtray, and for some, are too big to smoke easily.

Ultimately, the decision as to whether bigger cigars are worth it is completely up to you, as everyone’s taste in cigars differs. If you are unsure as to whether you would enjoy such a cigar, then the only way to find out is to try! Have you tried a bigger cigar? Let us know how it compares with a standard smoke in our comments below!