Defining great cigars is quite a tricky task. This is primarily due to the overall experience from one person to the next being personal. However, some general and consistent characteristics feature in all great cigars. Read on to learn about these characteristics.

Construction is vital in a high-quality cigar; a poor construction can often result in it falling apart. Make sure the wrapper appears clean, sturdy and not at all brittle, it should be relatively easy to detect a poorly assembled cigar. As well as the wrapper, you’ll want to make sure that the filler isn’t loosely packed or packed too tightly. A loosely packed cigar will draw too easily, making the smoke taste harsh. Packed too tightly and it will be too hard to draw, resulting in little or no taste at all. To test the construction of a cigar, roll it between your index finger and thumb. This will enable you to feel any irregularities in the amount of filler; make sure it has a consistent texture and fill throughout.

Construction of the cigar, whether that’s how its filled or wrapped, will also affect the burn. A well-constructed cigar with an adequate amount of filler should burn smoothly and evenly. However, the burn can also be affected by other factors, such as not lighting correctly, the moistness of the cigar and the technique used by the smoker. 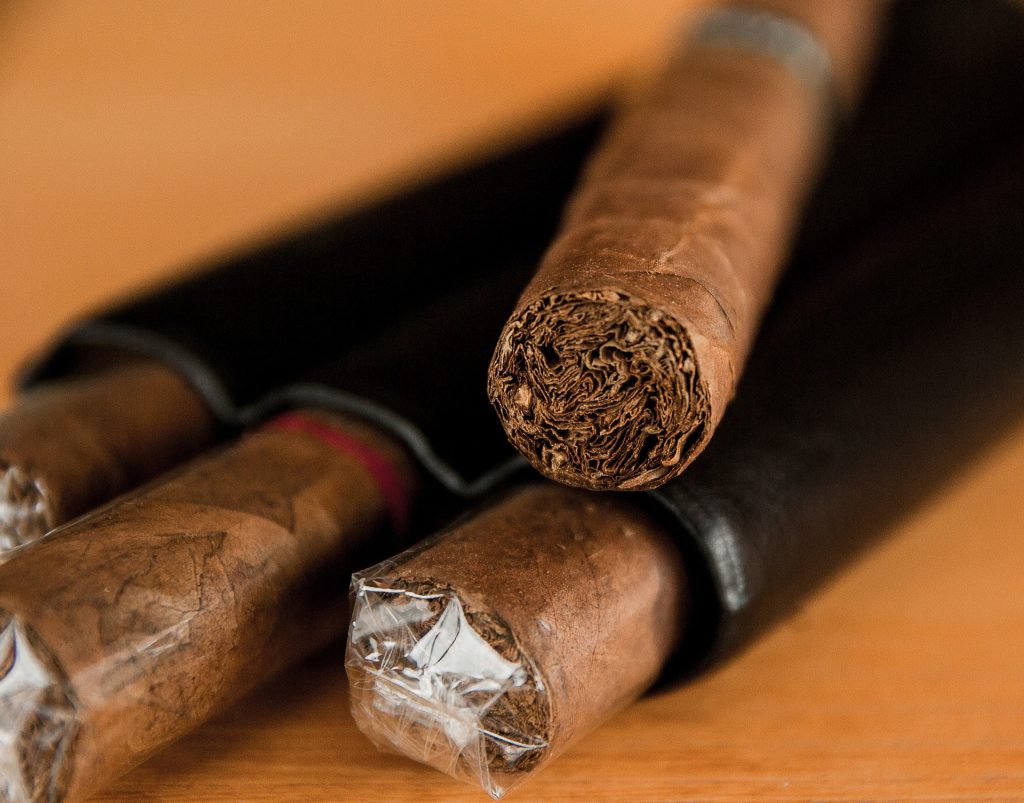 It’s important to note that taste is subjective; however, cigars that taste overwhelmingly acidic, salty or bitter are common indicators of a low quality. However, bitterness can also be a result of other factors, such as not lighting the cigar properly or even puffing on it too often. If a cigar tastes stale, this could indicate it hasn’t been stored at the correct humidity, is beginning to mould or hasn’t been handled correctly, amongst other factors, which will all contribute to it being past its best. Another taste factor that is important to note is the body of the cigar, which determines how intense and strong the smoke is. To a beginner, or to someone who prefers a mild flavour a full-bodied cigar might be overwhelming. As previously mentioned, taste is subjective, making it essential to keep in mind that just because a flavour isn’t to your liking doesn’t mean the quality of the cigar is poor.

A box of high-quality cigars should be consistent throughout the box. This will be determined by the appearance of the cigars, their construction, as well as the quality of the tobacco. The overall appearance of high-quality cigars may not look exactly the same, as they’re typically handmade. However, the colour should be consistent, they should look near identical, and the taste of the cigars should be the same throughout the box.

A high-quality cigar should accumulate around an inch of firm ash before falling off. This is an indication of the firmness of the cigar and how well it was constructed.

There are some key characteristics to keep in mind when judging the quality of a cigar. Are there any other traits you look out for? If so, let us know through our socials, who knows, maybe we will add them to our list?

We’d also like to reiterate that your experience of a cigar is subjective. Not only this, there are also other factors to consider when critiquing a cigar. For example, the humidity plays a significant role in the quality; even the best cigars will make for a poor smoke if stored in an inadequate environment.