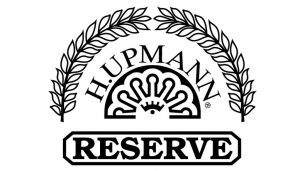 Welcome to Cigar History! Have you ever wondered about the interesting past behind your favourite cigar brands? The knowledgeable team at Havana House bring you the details in this series. From history to cultivation, we explain it all so that you can be a true aficionado. Sit back, relax and take the time to add a talking point to your cigar conversation.

H. Upmann are a Cuban brand of premium cigars known by almost every cigar smoker. Be they a junior connoisseur or a distinguished aficionado. The brand is known for being a great smoke for those with a sweet tooth. They produce cigars for smokers with a savoury taste as well.

H. Upmann are in the competition for being the oldest brand in the cigar industry. Founded in 1844 by the legendary Herman Upmann. The man was a banker by trade, tasked with the opportunity to set up a branch office in Cuba’s capital, Havana. At first, the banker dabbled with cigars. He would smoke whilst he basked in the strong sunlight of the new world and he would send batches home to Europe.

After becoming accomplished as an aficionado and businessman, Herman Upmann decided to create his own brand of cigars. He invested in a cigar factory and the H. Upmann brand was born! Some of his colleague and friends thought it as more of a hobby than a business endeavour. Little did they know that the brand would exceed and outlast almost every brand available at the time.

In another version of the story, the famous H. Upmann factory was set up by Herman’s nephews. There are a few versions of the tale and all are true, in part. Truthfully, it was likely many different Upmann’s who took part in the establishing of the brand.

What is known is that Herman Upmann was a great innovator in the cigar world. He came up with the ingenious invention of cedar lined boxes. He, in effect, invented the humidification system! H. Upmann cigars would be given to consumers in cedar lined boxes in order to advance taste preserve humidity.

By the late 1800s, the H. Upmann brand gained an international reputation. Deservingly so, their cigars were awarded with prizes at various exhibitions and won numerous gold medals at official taste sessions. These gold medals won by the brand are recognised on the brand’s logo.

The Failure of H. Upmann

Suddenly, disaster struck for H. Upmann. The cigar brand was privately owned and so was financially tied with the H. Upmann bank. The bank went bust with the extrapolating inflation in Weimar Germany and took the brand down with it.

Fortunately, an opportunistic British firm, J. Frankau & Co brought the brand name and continued production until 1935. When the ownership of the brand changed hands again to Menendez Garcia y Cia Co. This is a name you will likely know if you have read a couple of our other Cigar History blogs.

The Petit Upmann was the favourite cigar of President JFK. The night before the Cuban embargo was signed, he had his aide gather every box he could gather from Washington for the president. Totalling for 1200 cigars!

Fidel Castro’s Cuban revolution brought drastic change to every private industry in the country. None were more effected than cigar distributors. With the new communist government posing a threat to every private firm in the country, Menendez and Garcia moved production of the brand to the Canary Islands and later to the Dominican Republic. Production continues there until this day, for the American market. The non-Cuban alternatives are often overlooked throughout the rest of the world, however.

Castro and his minister for industries followed through with nationalising the H. Upmann brand. The cigars remain popular on the world market. Production of many top brands of Cuban cigar were moved to the H. Upmann factory such as Bolivar Cigars.

In 2002 big changes began to take place for the brand after the American tobacco giant Altadis brought a controlling share in the Cuban owned company. Most Cuban brands began their streamlining by eliminating redundant and weak-selling vitolas. H. Upmann were forced to discontinue an array of more than 30 vitolas much to the despair of many aficionados. By 2006, the line had been smoothed to only 16 cigars.

No matter how many or how few lines they produce, H. Upmann will always be admired as innovators in the industry and purveyors of many fine cigars.

Thanks for reading our latest Cigar History blog. Tell us what you think about H. Upmann cigars in the comments section below, we love to hear your opinions. Additionally, if you would like to take a closer look at our full range of H. Upmann cigars click here!