Scotch whisky has been in the lives of the British Royal Family for almost 200 years. Over the long whisky history, bottles have been made especially for the Royals, and some bottles around the world have been awarded a Royal Warrant! With the birth of a new prince and a Royal wedding, we’re sure that there have been plenty of celebratory tipples enjoyed by the Royal Family this year too! We take a look at the history of the family and this drink, and some of their favourite bottles.

The relationship between the Royal Family and Scotch dates back to the early 1800s. At that time, the whisky business was risky, with the cost of distillation so high that many opted to chance it and make whisky illegally in hidden stills, with the help of smugglers. In 1822, King George IV made a visit to Edinburgh, where he drank the much sought-after illicit whisky, Glenlivet, despite it being illegally produced. He obviously liked the Scotch so much that within a year the Excise Act was passed in Parliament, making whisky production profitable, allowing for the whisky industry to go legit.

The first Scotch distillery to gain a prestigious Royal Warrant was Brackla in the Highlands. The Royal Warrant is issued to tradespeople who provide goods and services to the court, allowing them to proudly display that their products are good enough for royalty! The distilleries owner, Captain William Fraser, managed to convince King William IV to grant the whisky a Warrant in 1835, and soon rebranded all of the bottles as ‘Royal Brackla’. The Royal Warrant was then renewed by Queen Victoria in 1837 when she became Queen. 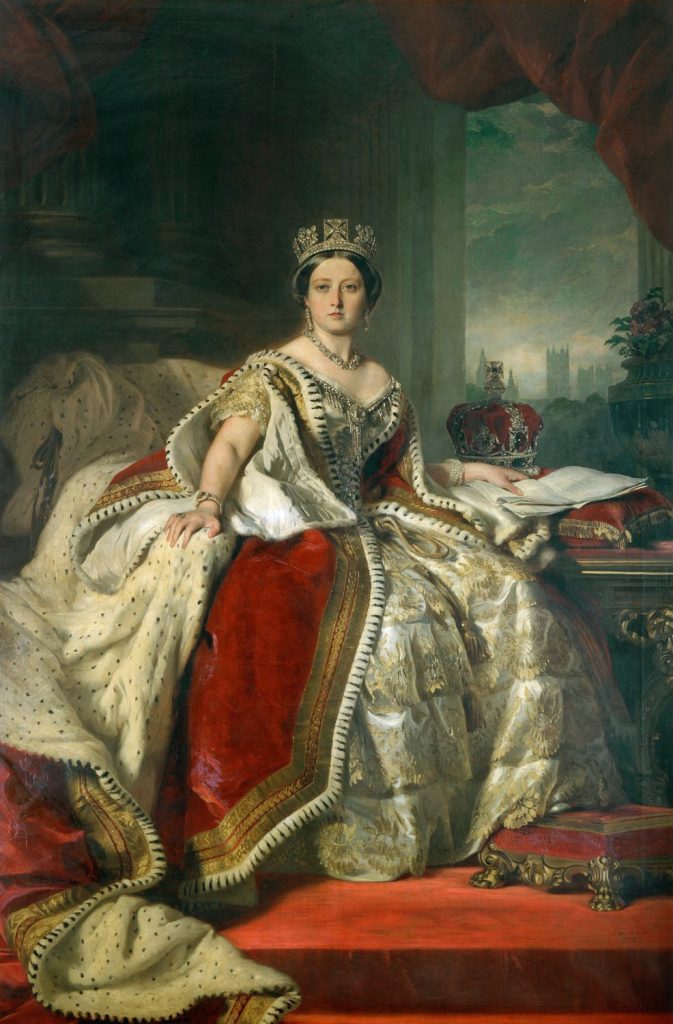 Like her father, Queen Victoria was also a fan of whisky. Following her coronation, she named the Glenury Royal distillery the official ‘Distiller to Her Majesty’. This caused some drama in the whisky world, as Captain Fraser from the Royal Brackla took offence, as they were not chosen despite having a Royal Warrant. As the Queen’s love for whisky became apparent, many distillers began sending over casks of their own drink, in the hopes that they too would receive accolades.

She did, however, become the first British monarch to embark on a distillery tour, when she was invited to visit the Lochnagar distillery. After sampling a dram, the distillery was quickly granted a Royal Warrant. During her reign, another two distilleries were awarded.

While it can now be picked up in almost any supermarket, The Famous Grouse actually came to be because of Queen Victoria. On one of her many trips to Scotland, a local grocer was invited to cater an event she was attending. The royal connection boosted his business, and fifty-five years later The Famous Grouse was created. Continuing the Royal connection with the brand, HRH Queen Elizabeth II granted The Famous Grouse a Royal Warrant in 1984. Most recently, William and Kate visited Glenturret distillery in 2014 to bottle their own malt.

So, which drams are fit for a King (or Queen)?

There are numerous whisky brands which have released drinks to commemorate special Royal occasions and visits, as well as those which have been granted Royal Warrants. These are just a few of the royal blends which have been linked to the Royal Family in recent history!

Like his family before him, HRH Prince Charles is also partial to a single malt. It is reported that his favourite is the Laphroaig 15 Year Old; he at least likes the brand enough that they were awarded with a Royal Warrant in 1994. To celebrate the achievement, the distillery released a 10-year-old single malt imaginatively titled ‘Royal Warrant’! Charles has since returned to the distillery in 2008 to celebrate his birthday, and in 2015 to join in the 200th-anniversary celebrations of the brand.

Initially launched in celebration of Prince Charles and Diana’s wedding in 1981, this edition is now popular on the whisky market, typically selling for around £1200. In terms of taste, this Glenlivet is said to have a strong sherry taste.

To commemorate Queen Elizabeth II’s 60 years on the throne, a limited edition run of John Walker and Sons Diamond Jubilee Scotch was released. The rare blend of malt and grain whiskies, which were originally distilled in 1952, was bottled at the Royal Lochnager Distillery. Fittingly, only 60 bottles of the blend were released.

For such a momentous anniversary, there couldn’t just be one whisky launched for the Queen’s Diamond Jubilee in 2012. Macallan released two special editions for the occasion. They are presented in a box inspired by the Queen’s Coat of Arms in Windsor Red and Blue.

Crown Royal is a Canadian whisky which was first established in 1939 when King George VI and Queen Elizabeth went on a trip around North America. The special blend, called the Monarch edition, was presented to them to commemorate the tour. 75 years on, in 2014, Crown Royal released a special bottle of their Monarch whisky to celebrate the anniversary.

If you want to live like royalty, why not pair a delicious dram with one of our luxurious quality Montecristo cigars?