Whisky is, of course, intrinsically linked to Scotland, with many of the world’s finest single malts originating from this country. Like the fine wines of France, the Scottish whiskies find themselves grouped by region, originating from old taxation rules and regulations. We take a look at the differences and history of these regions.

Initially, there were only four whisky distilling regions, including Campbeltown, Islay, Lowlands and the Highlands. Speyside and the Islands are now recognised as regions too; however, these are sometimes only considered to be sub-divisions of the Highlands. In comparison to wine again, for example, the specific characteristics between each regional blend of Scotch are not as clear-cut as say the rich Merlot of Bordeaux versus the Champagne of… Champagne! Any changes between blends tend to be far subtler, and more down to the methods employed to create it. However, unlike wine, each region has less strict rules about the flavours and characteristics presented by each whisky. This means that distillers are able to be a bit more experimental with flavours and distilling techniques! 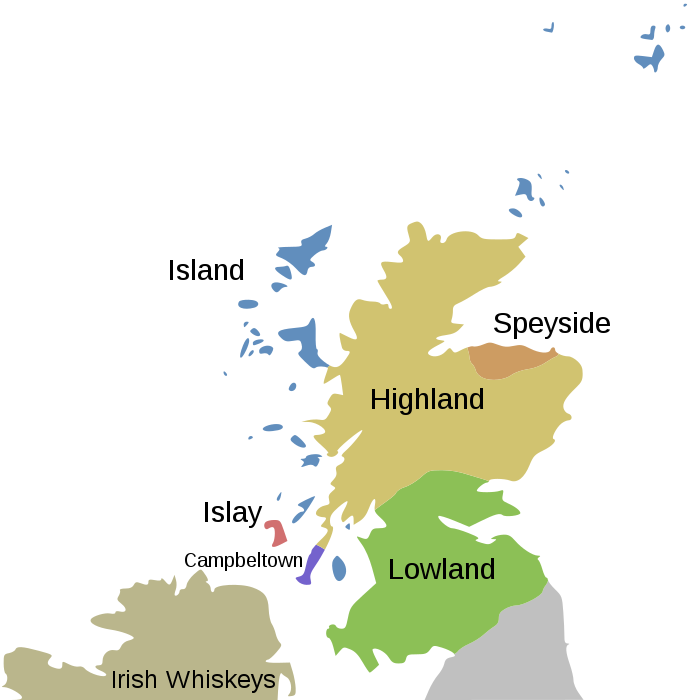 The largest of Scotland’s whisky regions, The Highlands distilleries make around 25 percent of all Whisky made in Scotland, from 25 different distilleries! While fruity and smokey flavours are common in whiskies from this region, as the Highlands are so vast, there are a wide variety of diverse flavours and styles. The most popular whiskies from this region include Glenmorangie and Dalmore.

Despite being the second biggest region geographically, only four distilleries make their home in the Lowlands. The Lowlands covers much of the most populated areas of Scotland, along the Southern border, up to the Northernmost points of Edinburgh and Glasgow. Due to this, the Lowlands have the most inland distilleries of all of the whisky regions, meaning that the whiskies produced here have low levels of salinity. Lowlands whiskies are also unique in that they are the only type to be triple distilled. Typically, Lowlands whiskies are light, with creamy and sweet flavours.

Speyside is home to some of the most famous whisky brands, such as Glenlivet, Glenfiddich, and The Macallan, and with over sixty distilleries in this region, it is easy to see why! Sat in the North-Eastern side of the Scottish mainland, Speyside is often considered to only be a sub-region of the Highlands, which the region neighbours on three sides. Yet, with the highest number, and highest density of distilleries, it certainly is one of the most important areas of the world for whisky. In fact, around 60 percent of all Whisky produced in Scotland comes from Speyside!

Known for its Lagavulin, the Scottish island, Islay, sits off the western coast of Scotland, where eight distilleries lie. As well as the world-renowned Lagavulin, Laphroaig and Ardbeg are also produced here, so there is certainly something special about this island. The high number of quality distilleries on this relatively small patch is attributed to Irish whisky makers making their way to Scotland via Islay in the 13thcentury. Surrounded by sea, the Scotch produced in Islay is peaty, with hints of fishiness. 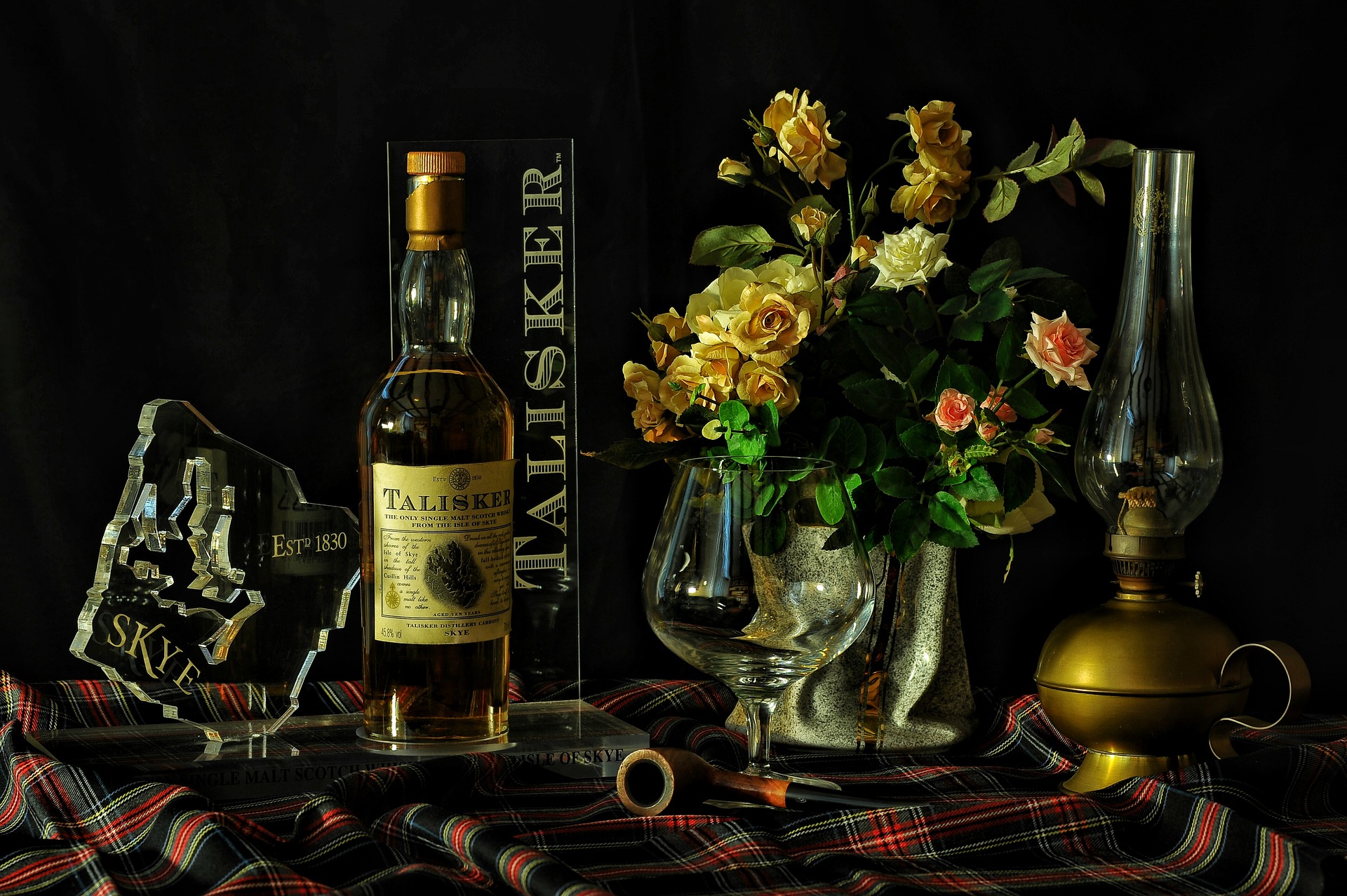 While technically not part of the Scotch Whisky Association, there are still a number of distilleries found on the many islands surrounding the Scottish mainland. Talisker, for example, is located on the Isle of Skye, while both Highland Park and Scapa can be found in Orkney! Due to the seaside location of each island, these whiskies typically have salinity and peaty flavours; however as each whisky distillery is on a separate island, the other flavour profiles tend to be quite diverse.

While one of the smallest whisky regions in Scotland, home to only three distilleries, Campbeltown was once a hotspot for the whisky industry, with an impressive 34 distilleries packed into the area. The whiskies here each have a diverse taste, with the popular Springbank giving off a smoky flavour, while the lighter Glen Scotia has more of a grassy taste.

What is your favourite type of Scotch whisky? Let us know in the comments! If you enjoy a cigar with your dram, then why not try a quality Cohiba cigar?

2 thoughts on “A Guide to the Whisky Regions of Scotland”