There are many myths and legends surrounding cigars, but some of the stories are all true. We take a look at some of the most unusual facts about cigars:

Readers Are Employed at Cigar Factories

Hand rolling cigars is certainly a skilled job, yet the repetitive actions of rolling hundreds of cigars a day probably isn’t the most exciting for the mind. As such, cigar factories in Cuba were known for employing people who could read aloud to the workers, keeping them entertained and motivated. In some cigar companies, this tradition continues now, with popular novels or newspapers being read aloud. For those who cannot afford to hire readers nowadays, audiobooks are also sometimes used!

Known for his love of cigars, former Prime Minister, Winston Churchill could not bear the thought of a few hours without a puff on his favourite stogie, the Romeo y Julieta cigar. Flying in an unpressurised plane at high altitudes, Churchill was required to wear an oxygen mask, leaving him unable to smoke as he flew. Not willing to forgo his nicotine habit, Churchill requested a specially designed oxygen mask be made to allow him to smoke as he flew over Berlin at 15,000 feet! Sure enough, a mask was constructed that had a hole near the mouth area that was big enough to pop a cigar into and take a puff.

The Empress of Russia, looking to avoid making her hands smell of tobacco from her cigars, began to wrap a band made of silk around each stogie, protecting her fingers from touching the cigar itself. However, as with many origin stories, the true tale is contested, with a number of other sources claiming responsibility for the invention of cigar bands! 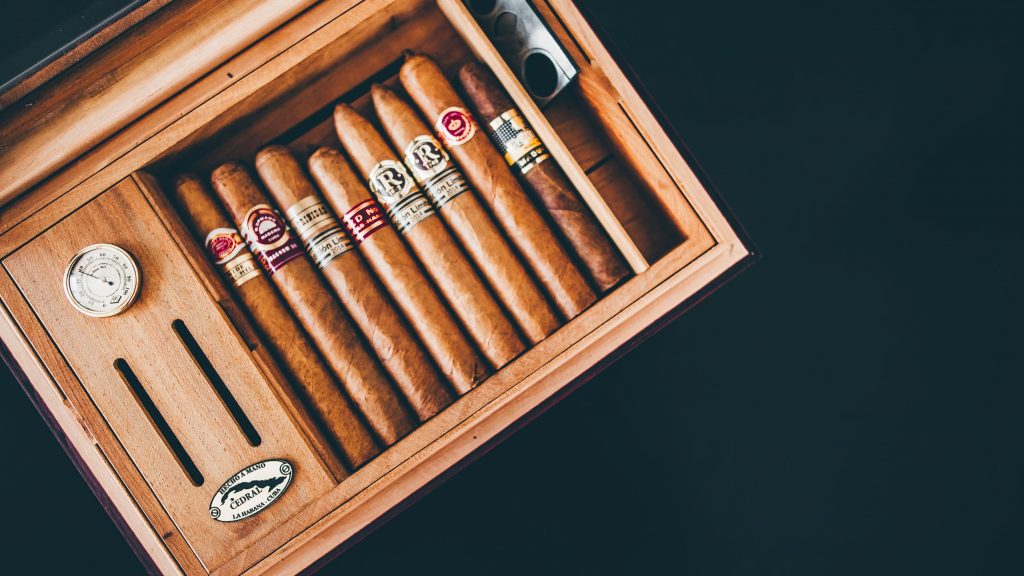 The Words We Use For Smoking Used to Mean Something Different

The Native Americans had different, but very recognisable, words for each of their smoking products. When Europeans took tobacco back to smoke, the words they bought back with them got a little confused! The word ‘tobacco’ itself, for example, actually originally referred to the pipe that was used to smoke. Tobacco itself was instead known as ‘cohiba’. Likewise, the act of smoking was called ‘sikar’, which is where cigars earned their name!

To say that Mark Twain liked cigars seems a little like an understatement considering the man smoked around 300 cigars each month. When his wife asked him to give up this intense habit, he obliged but discovered that he was suffering from major writer’s block. Resuming his ten a day minimum habit, Twain managed to get a whole book written in only three months!

Do you know any more fun facts about cigars? Let us know in the comments below, or get in touch via our social media channels!

2 thoughts on “9 Unusual Facts About Cigars”